A new funding directory for Northern Ireland businesses has been launched.

Speaking at the launch, Diane Dodds said:
"The European Union has a large portfolio of funding programmes that may not be well-known within the Northern Ireland business community. Hence, I have launched a Directory of Funding for businesses containing 38 funding programmes as well as 4 key support initiatives on obtaining financial support.
I am indebted to the many funding agencies in the European Union, Northern Ireland Government Departments and intermediary organisations that have assisted me in producing the Directory. They have provided valuable information and signposted me to businesses in Northern Ireland who have accessed such funds."
Download Directory Now>>
Posted by Ardean at 15:47 No comments:

How Does The Workplace Pension Work? 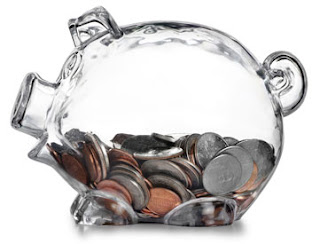 Which workers are you obliged to automatically enrol into a workplace pension scheme?

There are three categories of worker for the purpose of auto-enrolment.

·         Non Eligible Jobholders – not eligible, but they can opt in. If they do, you must contribute to that pension;

·         Entitled Workers – entitled to join a pension scheme if they wish, but it does not need to be a qualifying pension scheme and you are not required to contribute.

Eligible jobholders are those who are at least 22 years old, but have not yet reached State Pension Ag and earn more than the minimum earnings threshold.  This is set at £8,105 per year for tax year 2012-2013.

In all cases, the worker must ordinarily work in the UK under their contract.  In addition, the provisions cover workers, which is a wider category than employees.  It does not, however, include people who are paid a fee for their services, such as a self employed, independent contractors, and consultants.

The information contained in this message and any attachments are intended solely for the use of the individual or entity to whom they are addressed.  It may contain privileged or confidential information.  If you are not the intended recipient you must not copy, distribute or take any action on it.  If you have received this email in error please notify the sender.  The opinions/views/comments on this email are mine and do not necessarily reflect any views or policies of Ardean.  Thank you.