The full list of speakers for Insider's Northern Ireland Business of Finance Conference to be held on 27th March 2014 has been revealed.

The Business of Finance Conference, now in its fourth year, is a firm fixture in the business community’s calendar. This year's conference will focus on growth, exports and foreign direct investment.

It will bring together some of the biggest, most authoritative and influential voices of the NI business community.

Other speakers will be announced soon.

Ardean ¦ Funding
Posted by Ardean at 09:08 No comments:

Access to finance is becoming less of a barrier to business growth with the investment environment becoming "a lot stronger", former Dragons' Den star James Caan has told Insider. 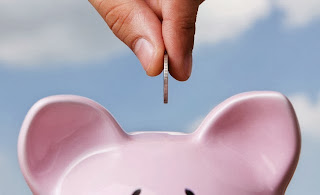 Caan, the chairman of the government's Start Up Loans scheme and chief executive of private equity firm Hamilton Bradshaw, was speaking after figures released by the British Chambers of Commerce (BCC) last week suggested that the UK's economic recovery is set to gather momentum this year.
"I don't think [access to finance] is a huge barrier any more, as the investment environment is a lot stronger these days. There are more options, for example crowdfunding, and I believe that a good business will always be able to raise money," said Caan.
The BCC survey, which polled 8,000 businesses, indicated the overall economy grew by about 0.9 per cent in the three months to the end of December 2013.
Caan agreed with the survey's assessment: "I think we are turning the corner now, especially when you consider where we were just a couple of years ago. Sentiment plays a big role in the economy and the general outlook is a lot more positive which is in turn helping businesses." Read More >>>

Ardean ¦ Funding
Posted by Ardean at 08:55 No comments:

The Government is lending £20m to British businesses through Funding Circle
Be your own bank - Funding Circle is a marketplace where individuals lend to businesses at a rate that suits everyone.
By cutting out the high costs and complexity of banks, both sides are better off. Apply now